What The Fucking Mediarati Are Saying

Don’t believe the hype? How about some social proof. Here’s what the smartest people on the Internet are saying about What The Fuck Just Happened Today?:

“I have been on the internet since 1994 and WTFJHT is the best damn political resource I’ve ever come across. Can’t wait to read it each day.” –Another satisfied WTF Just Happened Today reader. 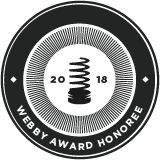 1/ Meet the wildly popular blogger chronicling President Trump one day at a time. The site is easy to read, easy to parse and easy to share. There are no ads, and WTF Happened Today makes it easy to see news in context with what happened yesterday and the day before that. (Poynter)

2/ A new entrant that displays perhaps the most accurate encapsulation of this peculiar moment takes the form of an independent email blast: “What The Fuck Just Happened Today?” The aptly named roundup does the yeoman’s work. (Columbia Journalism Review)

3/ How WTF Just Happened Today? is Rethinking Membership. It feels like a million years ago now, but in January 2017 the headlines were dominated by discussions over the size of the crowd at President Trump’s inauguration, “alternative facts,” the Women’s March, the Travel Ban, and more. What started as a side project for Kiser had unexpectedly grown into a more substantial undertaking. Kiser quit his job and began working on WTFJHT fulltime. The project has continued past the 100-day mark. Now he had to make a living from it. And he had to figure out how to grow it. (The Lenfest Institute for Journalism)

4/ Combine an “editorially responsible” algorithm + political news, and you have Current Status. “I see my role as a sort of reinforcement editor, ensuring that the good stuff is always percolating to the top. Sometimes the news isn’t as neat as an algorithm wants to make it.” (Nieman Lab)

4/ 100 Days of WTF Just Happened Today? My constant companion in the past 100 days has been What the Fuck Just Happened Today? Don’t let the crass title fool you. The site is the best daily collection of the news out there. My favorite feature: the site is currently run by one guy. Matt Kiser is both reading the news and hand picking the stories you need to read. (Rands in Repose)

5/ Your Guide to the Sprawling New Anti-Trump Resistance Movement. An explosion of new activism offers a ray of hope in these dark political times. (The Nation)

6/ “What The Fuck Just Happened Today?” Chronicles Our Daily Political Insanity. In case you’re sick of just checking Twitter 24 hours a day, now you can get all your Trump news in one convenient package. (FastCoExist)

7/ This email newsletter tries to make sense of Trump’s America. A daily email newsletter has emerged to help keep everyone’s heads from spinning off trying to keep up. Most importantly it answers the perpetual question of “WTF just happened today?” (Mashable)

8/ Here’s What Therapists Want You To Know About Being Politically Active. Catching up on the news via digests at the end of the day. Newsletters like “What The Fuck Just Happened Today?” or the BuzzFeed News newsletter (shameless plug) put everything in a convenient place so you don’t have to waste time surfing around. (BuzzFeed)

9/ How to use tech to fight back in the Trump era. In an attempt to make the daily fire hose of news and outrage slightly more manageable, The Daily WTF collects all of the most important events into a bearable daily newsletter. Plus, it has a pretty great novelty. (Newsweek)

10/ Follow these newsletters by journalists and never miss a thing. A very unique concept for a daily update of what’s happening and a very spot on title for it, given how crazy things can get these days. Matt Kiser makes sure that you receive a concise daily report of the most important events from the intense world of politics. Every piece of news is described with a single sentence, which pretty much summarizes the gist of it all. (The Next Web)

11/ Seattle’s Tech Community Is Fighting Trump One Piece of Code at a Time. Every day since Trump took office, Matt Kiser has woken up at six in the morning. He grabs a coffee and scans thousands of news sources on the administration’s latest exploits. It sounds like a shitty way to start the day. (The Stranger)

12/ Popular newsletter uses open-source techniques to cover ‘WTF’ is happening with Trump. Anybody can edit a file and submit a pull request. Kiser is essentially crowdsourcing a newsroom where readers can act as editors or fact-checkers and tweak pieces on WTF or create their own. Kiser hopes it will allow him to touch on more topics throughout the day. (GeekWire)

13/ Why Donald Trump is the undisputed king of all media. The US president dominates the news cycle like no one before him. Within four weeks Kiser’s chronicle of “the daily shock and awe in Trump’s America” had more than 48,000 newsletter subscribers and is now getting more than 2.5 million pageviews a month. (Irish Times)

14/ Don’t get raked, keep abreast of daily shock and awe from DC. Kiser does an ace job of the old blogger skill called “curating.” His lists surface themes and suggest lines that might connect dots. His headlines make dark poetry of careering developments. (Colorado Statesman)

15/ 11 Simple Ways to Change the World That Won’t Totally Overwhelm You. This site has a funny name but a serious purpose: What The F-ck Just Happened Today recaps the news every single day with a thorough summary of the Trump administration’s actions. If your head spins from trying to follow the news cycle, then you need to bookmark What The F-ck Just Happened Today. (Glamour)

16/ Happy Not My President’s Day weekend! Here’s where to show up & protest. I feel like that’s the thought that crosses my mind every time I sit down to write this little intro, but the sheer amount of news is dizzying. It is important, however, to make sure you’re at least getting a taste of all the week’s events, even if you don’t have time to read 600 articles. I recommend site/newsletter What The Fuck Just Happened Today? produced by Matt Kiser for this exact purpose. (Resistible)

18/ WTF, Kiser? Each day is posted with its overriding theme followed by a numbered and sourced list of WTF went down that day. It’s such a simple and logical approach to keeping tabs on the state of the country. (Chico News and Review)

19/ Best New Website: Read “What The Fuck Just Happened” every day. The site is really fun, in a sort of masochistic, sicko way. Unlike the White House and its staff, Kiser is dedicated to facts and to accuracy. Every entry on the site includes a link to the news source that first reported it. (Liberal America)

20/ WTF Just Happened Today available as an Amazon skill. The seven-day a week newsletter that summarizes the most important political stories of the day is now available on Amazon Echo! (Boing Boing)

21/ The Trump Era’s Anti-Anxiety Pill Is a Newsletter Out of Seattle. It looks like facts, but it feels like coping. (The Observer)

22/ Is your journalism valuable?. You have to listen to the people you’re trying to serve to figure out what’s valuable to them. (Poynter)

23/ What your site can learn from 100 news organizations with robust membership programs. Transparency and an approachable tone, as well as his efforts to engage with his audience, are central to his newsletter’s success. (Membership Puzzle Project)

24/ How growing an independent news site is “like punk rock with a blog”. “[Engaging] with people who take the effort to subscribe and give feedback creates trust, shows transparency, humanizes the whole thing. The more I show I’m just human, that I’m fallible, the more trust I build. That’s what is comes down to: creating value and building trust.” (Membership Puzzle Project)

25/ WTF just happened today? Ask Matt Kiser. “I think there’s a lot of people who give a shit about what’s going on and feel really shitty [about not understanding],” he says. “That’s a big part of what I do: Help them check in on their own terms.” (The Everygrey)

26/ Seattle man’s website helps millions figure out the daily tumult in the other Washington. There was a break in the recent impeachment proceedings, which is why Matt Kiser could come out for coffee. He was temporarily free from the political news cycle for the first time in a very long time. “It’s feels like it never stops,” Kiser said. “I have an abundance of information and a scarcity of time.” (The Seattle Times)

This is how I stay up to date and know what to resist. Recommended daily reading! https://t.co/PSnyEGV7ws #resist via @WTFJHT

If you're having trouble keeping up with the downfall of America in real time, I recommend the @WTFJHT newsletter: https://t.co/dUiIteeQem

Not gonna lie: Seeing the chaos rendered in well-set Helvetica makes it a little easier to process. Thank you @Matt_Kiser! https://t.co/5MxEAxw281

This continues to be my favorite thing: https://t.co/r7ROB9P2eC

I honestly don't know what I would do without https://t.co/rt05ZZ6WKh.

Exhibit A of how readers can be awesome: Matt Kiser's WTFJHT relies on members' time/expertise. (https://t.co/AQ3tyv00Uh) So when he tried building "the political web's front page," readers helped him with his Python questions to get it off the ground. https://t.co/NTb9QJKWv9 pic.twitter.com/pZWNGHUtWB

Attention publishers, @WTFJHT used these tactics to grow his newsletter list to an enviable 60K in a month. https://t.co/RnAIC6EpgN #media

I don't normally want more email, but @matt_kiser is crushing it, his @WTFJHT (what the fuck just happened today) newsletter is great.

At some point last year I wanted to write an article titled "What the Fuck Is Happening" & just keep republishing it. Should have.

finally someone made this site. https://t.co/svs3WEJVpL

is a brilliant journalistic response to an urgent civic need. And it's very depressing.

“Put a human at the other end of your newsletters that respond and acts like a person.” - @Matt_Kiser #ona17 #ona17NL

If you suffer from Trump news overload, this once-a-day summary is pretty useful. https://t.co/hYpR4mgvcm

If like me, you sometimes have trouble keeping up with Trump's daily shitshow, I recommend my new favorite website: https://t.co/337ll8NxjC

This has become my go-to source for daily updates regarding the Trump intrusion.https://t.co/O8P5MMHVVU

Now more than ever, we need https://t.co/BuJpswStA3

An excellent resource to keep up with all of the new whatthefuckery we're now mired in... https://t.co/QIOV7A6qxZ

I am exhausted at the prospect of another 1351 days of daily @WTFJHT recaps. Truly the only way to keep up these days.

This is the best daily synopsis of administration-related news. Period. Full stop. https://t.co/B4AZ523a4c

In a nod to my personal #autonomy, I've stopped following the #politicalscene. Thinking about just relying on this. https://t.co/9LAgzB4Ciw

.@Matt_Kiser: Newsletters are a relationship business. You need to be human, have a conversation and engage with your audience #ona17NL pic.twitter.com/X0U5o5Krht

And again regardless of your politics, this site is awesome for keeping up with everything. Found it on like day 8. https://t.co/9gAIsLu3It

When all this is over, the book version of https://t.co/RERCzTa4gK is gonna be a bestseller

Handy bookmark (vs. Twitter firehose) for when I fall behind on the daily news: "What The Fuck Just Happened Today?" https://t.co/nfwrFRTsyJ

This account should win a news media award. Indispensable. https://t.co/w0gOTSLpkr

Still not convinced? See all the tweets